Racconto
Kind words are often misunderstood. Better the facts. Filomena is always poking her nose into other people's business. With the excuse of sorting out the rubbish properly and of imposing a code of civilization on the condominium, she rummages in the bins to see who threw out what. A Neapolitan dyed blond, tolerably overweight, she does the cleaning at a company and so knows how to clean. In the office she thinks she’s the "boss". Her husband is knee-high to a grasshopper, voiceless and with a harelip. He doesn't say much because she does all the talking, and even when he does, it’s as if the words are dragged out of him. Filomena gets friendly with the boy who collects the bin bags and cleans the courtyard. A pudgy Egyptian with whiskers, he’s the meek and gentle type who alone can manage to put up with her. Until one morning in a rush of hormones, she, the Neapolitan Filomena and boss, tells him how lucky his girlfriend must be to have such a big-boy near her. "Because you’ve got a girlfriend, right?" He smiles in embarrassment and she, having broken the ice, immediately asks if they know how to do rain dances in his country, because here it hasn't rained for a while and the place could do with some rain. Egypt, Arabia, Peru, Ukraine: foreigners are all equally natives in her eyes. He doesn't reply, keeping his smile plastered to his face, nodding and gesturing that he still doesn't understand the language. He quickly piles up the black bags, light despite being stuffed full, and slips away, almost a hologram in the sultry heat. Filomena, left alone in the middle of the courtyard, shouts to the women staring out of the various windows that the supermarket is offering three for two, that the administrator will come and sort out the door, and that we shouldn’t have to put up with the Chinese anymore. And anything else that comes to her, just like every Saturday morning when the courtyard becomes her arena. On Monday the Egyptian doesn’t show up. He had asked and pleaded for a transfer. Another approach from the blonde and he wouldn’t be able to keep his hands off her, and not in the sense that she would like. Filomena, on the other hand, carries on, and faithful to her ritual before leaving the building uncovers the bins, picks up the bags, opens them up, and makes her comments out loud about how people are so ignorant in the matter of recycling. Today she's in a hurry, there's no sign of the big-boy, and it's already hot. But a white bag at the bottom of the bin attracts her like the last exquisite morsel on a golden platter. She picks it up, twirling it with increasing frenzy, almost sensing what's waiting for her. It's full of shit. "Pigs!" she yells, "They [even] wrapped it in plastic!"
Traduzione di Nigel Blake
📚 Gli inediti di Elena Soprano 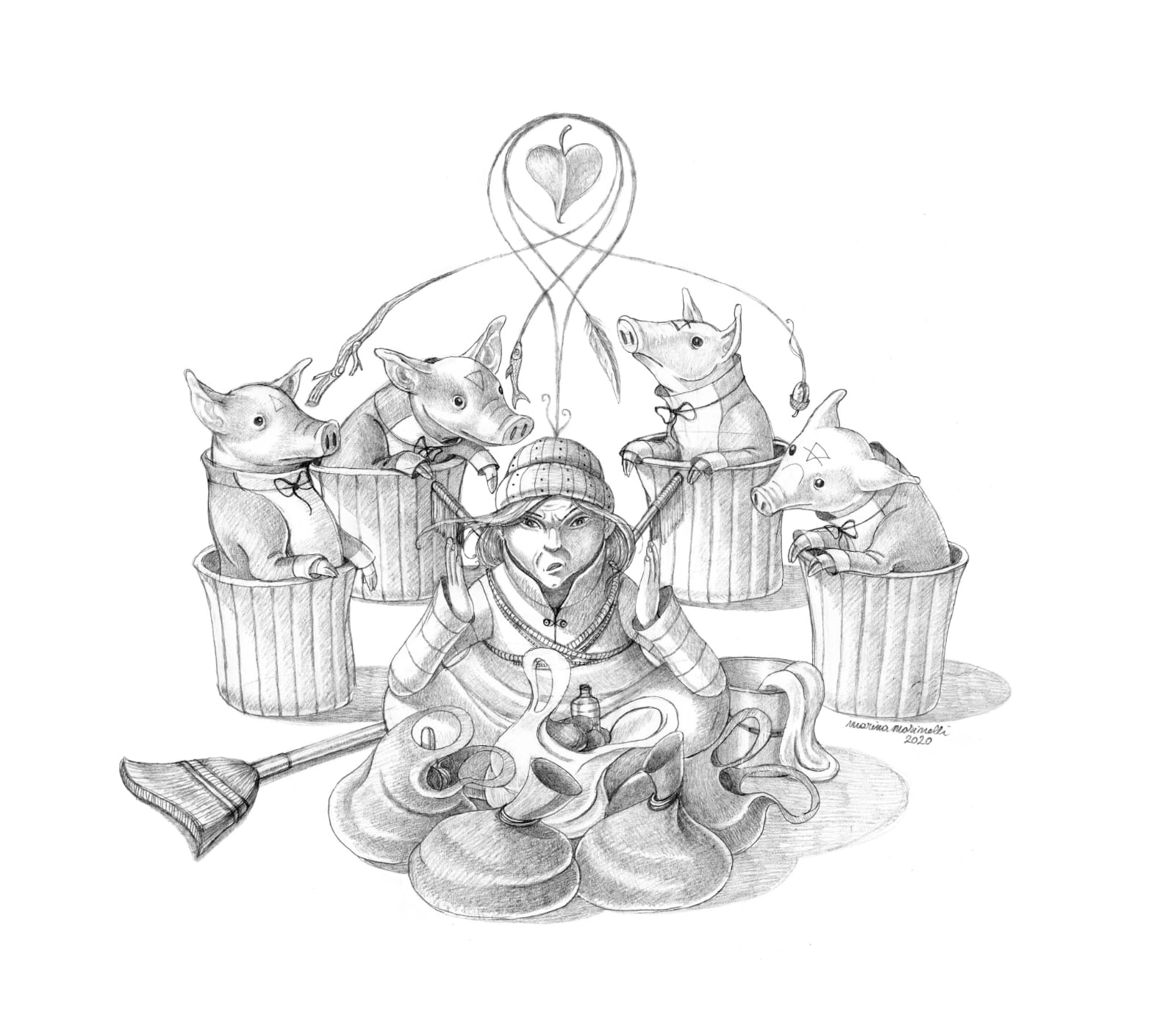