Racconto
Whenever she’s at the bank, just about to step into the security pod, she always wonders what it would be like if the sliding glass doors got stuck. She’d be trapped in there, at long last with a moment all to herself. Her shift at the post office over, the only thing awaiting her was an afternoon of washing, tidying up beds, and sorting out her kids’ winter clothes from among the chaos in the wardrobes. Then a quick tour round the supermarket, on to picking up the kids, checking their homework, dinner, followed by the usual argument over which film to watch, and finally the good night kisses. And nearly every night the youngest asks if Jesus could help her because she would love to see Minni for real, with her giant ears and polka dot skirt. If he’s able to do it, how come he hasn't yet? He’s done so many miracles already, like the one with the loaves and fishes, so why not this one? ("And did he pick the bones out of the fish, was that part of the miracle as well?" the little one never fails to ask). She replies that Jesus' to-do list is longer than Africa, but sooner or later he’ll get to hers. The Promised Land. She was almost there after months of economising, Paris and Disney World, then the global delirium of the pandemic.

She lets herself fall onto the sofa in the soft silence of the house, the leather cushions from her childhood embracing her somewhat frayed forty-two years. Furniture salvaged after the divorce. Roby, her Mind Coach, had insisted she take a break of "affectionate leave": just unhook yourself a little, until you’re ready to do the right thing. But then it was he who had done the right thing, hopping a train with a Russian single he had chased around with, with a solid plan for two in the Chianti hills after twenty years selling Carrara marble destined for kitchen worktops. They had invited her to the wedding, and she had returned with the sensation that her smile was now permanently pegged, with no hope that even cosmetic surgery could sort it out.

A client, of unspecified form and recently escaped from a comic-strip by the looks of her, hurtles past, ignoring her. The light turns green, and it's her turn. A slight hiss, the sliding glass swishes open, and she’s encapsulated, ready for her sidereal journey.

"Let it get stuck," she thinks. "For a minute, an hour, a day." When she was a child, the security pods had reminded her of the phone booths from which Clark Kent would emerge and fly off. She closes her eyes, and upon opening them she's at the counter, wondering why the new clerk with the berry-purple lipstick, behind the transparent mask, behind the Plexiglas recently bolted to the counter, hasn’t noticed her red cloak and the skin-tight blue overall with a big S on it. She watches as the clerk tidies up some papers, stacking them under a large green glass paperweight: definitely kryptonite. When the clerk looks up, she stares for a moment focusing her eyes, thinking that even this umpteenth, haggard-looking housewife simply can’t resist staring at her lips, painted in such an inappropriate colour for a bank. She lets out a sigh and smiles.
Traduzione di Nigel Blake
📚 Gli inediti di Elena Soprano 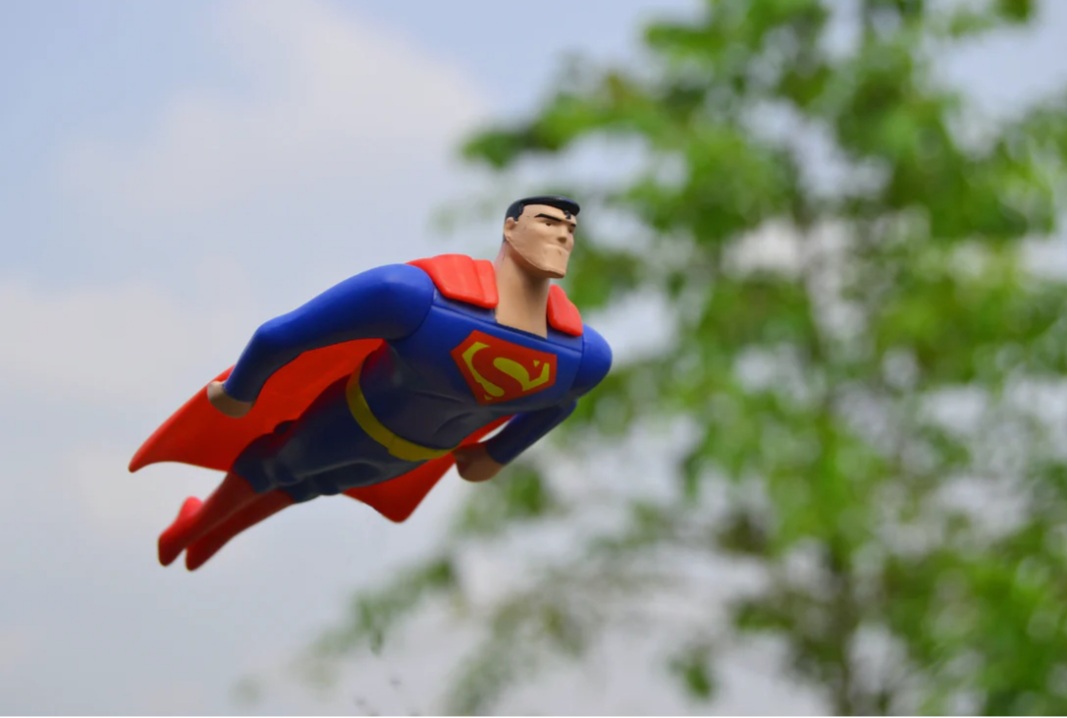